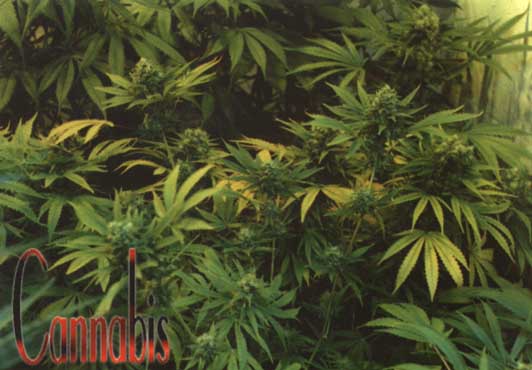 BERKELEY -- Medical cannabis users and advocates are lobbying city leaders to increase Berkeley's indoor marijuana plant limit from 10 to 72, which is the amount allowed in Oakland.

Berkeley allows 10 indoor and outdoor plants under a March 2001 ordinance that was brokered under political compromise. The Berkeley City Council will consider an increase proposal Tuesday.

"It's not unreasonable to have 72 (plants)," said Mayor Tom Bates. "What people have told me is that this is what is needed and necessary, and it's worked out well for Oakland. I am supportive of 72 plants even though it sounds like a ton. I think the people in Berkeley overwhelmingly support (medical cannabis)."

California voters legalized medical cannabis in 1996, although the federal government still considers it an illegal drug with no medical purpose and continues to prosecute those who distribute it. Proposition 215 was supported by more than half of state voters and garnered 86 percent of the vote in Berkeley.

That support, advocates said, goes to show that sick patients should be allowed to have more than 10 plants in order to alleviate pain.

One marijuana plant can yield anywhere from 5 grams to 1 ounce depending on its size, maturity and quality, said Don Duncan, director of the Berkeley Patients Group, one of the city's four cannabis clubs that dispense marijuana as pain medicine. Others say one plant can yield up to 4 ounces.

Patients vary in their use of medical cannabis. Someone with glaucoma might use a gram a week to relieve pressure in the eyeball, whereas a cancer patientwith nausea could use an ounce or more weekly, Duncan said.

"Ten plants really is not enough," said Charlie Pappas, a quadriplegic who has used a wheelchair since he received a gunshot wound in 1973.

The 56-year-old Pappas, who was once nicknamed "bronco" because he suffers from chronic spasticity, said he tried a bevy of anti-spasm drugs, but they left him feeling moody and anxious. Pappas said medical cannabis "loosens" him up enough to use the control on his motorized wheelchair with his fingers.

Berkeley also allows qualified patients with a "recommendation" from a doctor to keep 1.5 pounds of dry cannabis.

Berkeley police brass have declined to take a position on the potential to increase until after the City Council considers the item Tuesday night.

However, for decades, the department has made enforcement of laws against possession, use and cultivation of marijuana the lowest priority. But officials said that does not apply to juveniles or those who possess marijuana for sale or distribution.

"I find it incredible that a person would need 72 plants to grow marijuana for himself or herself, said DEA Special Agent Richard Meyer. "There is something wrong there. Under federal law, marijuana is an illegal substance."

While the DEA targets large-scale distributors and not small users, it does not condone the use of cannabis, Meyer said.

"If someone is sick they should get medicine that is proven to be safe and effective, and that is not the case with marijuana," Meyer said. "I think the council is misguided in (considering) raising the limit to such a large limit."

If the limit isn't raised, people will continue breaking the law, advocates say.

"We want (patients) obeying the law, and that's why we need reasonable limits," Duncan said.

"I do not have a green thumb. If someone told me I could only have 10 plants, I would probably kill nine of them," said City Councilmember Kriss Worthington, who is proposing the increase.

Worthington is also proposing a "peer review committee" that would require the medical cannabis collectives and dispensaries to designate at least two representatives to serve on the review committee.

The committee would meet monthly to oversee the operation of collectives and dispensaries and ensure compliance with operational standards.

In addition to the council's consideration of plant increases Tuesday, James Blair with the Cannabis Buyers Cooperative of Berkeley has submitted paperwork to the city to begin circulating a petition to put an initiative on the November ballot to make changes to the municipal code that governs medical marijuana use.